Telomere: at the heart of the ageing process

Ageing is a recurring theme in our lives. The fear of ageing, illness and death is everywhere taking up more or less space in our growing adult lives. Wanting to stay younger for longer is not only a case of ego, but also an anxiety that stems from our society wanting to safeguard as long as possible the presence of desire and interest in the eyes of others.

So to be consistent with oneself and to live life, we try everything that can be beneficial to improve our mood, our health and our happiness starting with a healthy lifestyle which means a good diet, exercise, and even daily meditation.

However, beyond this important lifestyle, researchers have made an important discovery about the state of our TELOMERES which are responsible for premature ageing of our cells. 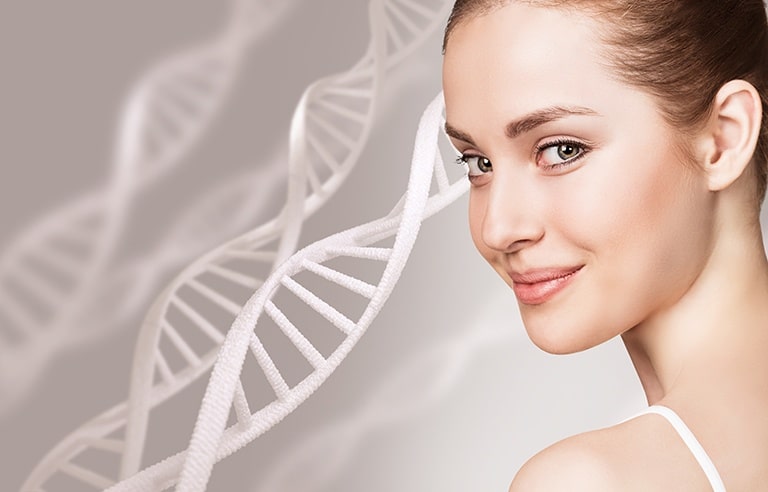 What is a telomere?

At the end of our DNA strands, there are small caps, similar to the ends of shoelaces: these are the telomeres.

The telomeres become shorter over the years, causing a thousand problems, a thousand miseries. Lengthening them, in order to delay cell ageing and increase our life expectancy has become the focus for researchers and the hope for all those the sands of time does not spare.

In the billions of cells that make up our body, DNA is present in the nucleus in the form ofchromosomes. On these chromosomes, there are small structures, called telomeres, which gradually shorten and whose length could be related to age.

The function of telomeres throughout ageing

The shortening of telomeres is directly related to cell division. Indeed, due to the inability of DNA polymerases to replicate the ends of the linear chromosomes, each DNA replication cycle observes a loss of genetic material. Since the telomere does not contain coding sequences, there is no loss of genomic information. Telomeres are therefore involved in the process of preserving the integrity of the genome and are essential for proper cell function.

In a case where no mechanism comes into play to regenerate the telomeres, if telomere shortening occurs at each cell replication cycle, this indicates that the cell cannot live indefinitely. The Hayflick limit is the maximum number of cell divisions that a cell can undergo [2]. It makes it possible to make the link between the length of the telomere and the lifetime of the cell.

SLOWING DOWN THE PROCESS OF SENESCENCE

The telomere controls the entry into senescence, a cause of ageing. As people get older, they accumulate damaged cells. When cells reach a certain level of damage, they themselves undergo an ageing process called cellular senescence.

The immune system of a younger, healthy person with a healthy lifestyle is able to get rid of damaged cells. As people get older, they are not eliminated as effectively. Thus, they begin to accumulate, cause low intensity inflammation and release enzymes that can degrade tissue.

The shorter the telomere, the greater the risk of losing genomic information at the next division and inducing major cellular dysfunctions. As a result, in somatic cells, when the telomeres reach the “critical” Hayflick length, response pathways are activated to repair possible damage to the DNA. Activation of these pathways causes cell cycle arrest, possibly leading to senescence or apoptosis of the cell [3].

During the ageing process, cells accumulate multiple mitotic divisions and there is an increased risk of developing genetic abnormalities. Telomeres prevent the development of these cells at the end of their life. Their length could thus provide information on the speed of ageing and on the biological age.

In addition to ageing, telomere fights against tumour cells

Tumour cells are somatic cells that have suffered malfunctions during their development and whose multiplication is very fast. Their proliferation causes a large number of cell divisions and thus an accelerated shortening of telomeres. The telomeres of these cells then rapidly reach the Hayflick limit and the same process described above comes into play. Cell cycle arrest is induced, causing the tumour cell to enter senescence.

The shortening of telomeres therefore intervenes in the processes of stopping the proliferation of tumour cells [3]. In normal operation, it eliminates tumours before they become malignant and turn into cancer.

However, there are mechanisms for maintaining the structure of telomeres, which can extend the life of some cells. Among others, is telomerase. It is the enzyme that intervenes to synthesize these telomeres.

Telomerase is not present in all the cells of the body. It is found active in stem cells such as HSC, NSC or ESC which are respectively hematopoietic, neuronal and epidermal stem cells. These cells are mainly involved in tissue renewal processes.

The discovery of telomerase

To thwart what seemed inevitable, science discovered that we could stop ageing our cells and, in some cases, reverse the ageing process. How? By repairing our telomeres with the activation of the telomerase enzyme.

This providential enzyme provides synthesis and growth of telomeres. It is very active, especially for cells that divide many times, including stem cells.

The history of telomerase begins at the very beginning of the development of the embryo. It is then, when the cellular divisions follow one another at an extremely high rate, that this enzyme finds becomes fully functional.

Telomerase continually repairs the end of chromosomes throughout foetal development, thereby maintaining telomeres in their integrity.

However, from birth, things take another turn, since telomerase levels begin to decrease onceadulthood is reached. While there is still telomerase in the sexual cells and in stem cells, it has virtually disappeared in somatic cells.

However, when it comes to regenerating tissues, stem cells activate telomerase.

This vestige of activity is obviously not enough to stop the general decline of this enzyme. Over the years, telomeres wear out much faster… and ageing appears much earlier.

There is a direct relationship between low levels of telomerase, loss of telomeres and cellular senescence, with ultimately the ageing of tissues and the many bodily dysfunctions that ensue: the risk of atherosclerosis, pulmonary hypertension, cardiovascular diseases, Alzheimer’s, Parkinson’s, infections, diabetes, fibrosis, metabolic syndromes and cancers, is high.

Identification of telomerase was made in 1985 by Elizabeth Blackburn, professor of biology at the University of California, San Francisco; Carol Greider, professor of molecular biology at Johns Hopkins University, Baltimore; and Jack Szostak, professor of genetics at the Harvard Medical School in Cambridge. All three were equally awarded the 2009 Nobel Prize for Medicine for their work on “How chromosomes are protected by telomeres and the enzyme telomerase”.

In 2016, a team of American and Brazilian researcherspublished an article in The New England Journal of Medicine that demonstrates that in an animal model, danazol, a synthetic male hormone, stimulates telomerase production and can oppose ageing.

The media has largely echoed this research, not hesitating to define telomerase as “the immortality enzyme”.

A plant of rejuvenation: Astragalus 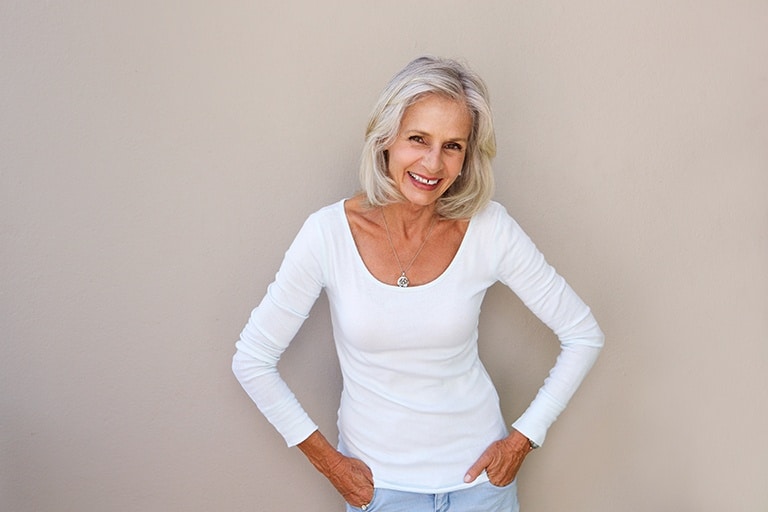 Astragalus is a plant in North-eastern China that grows on the edge of the forests. Its roots are harvested only when they reach four or five years old. They are then dried and turned into powder to make capsules. 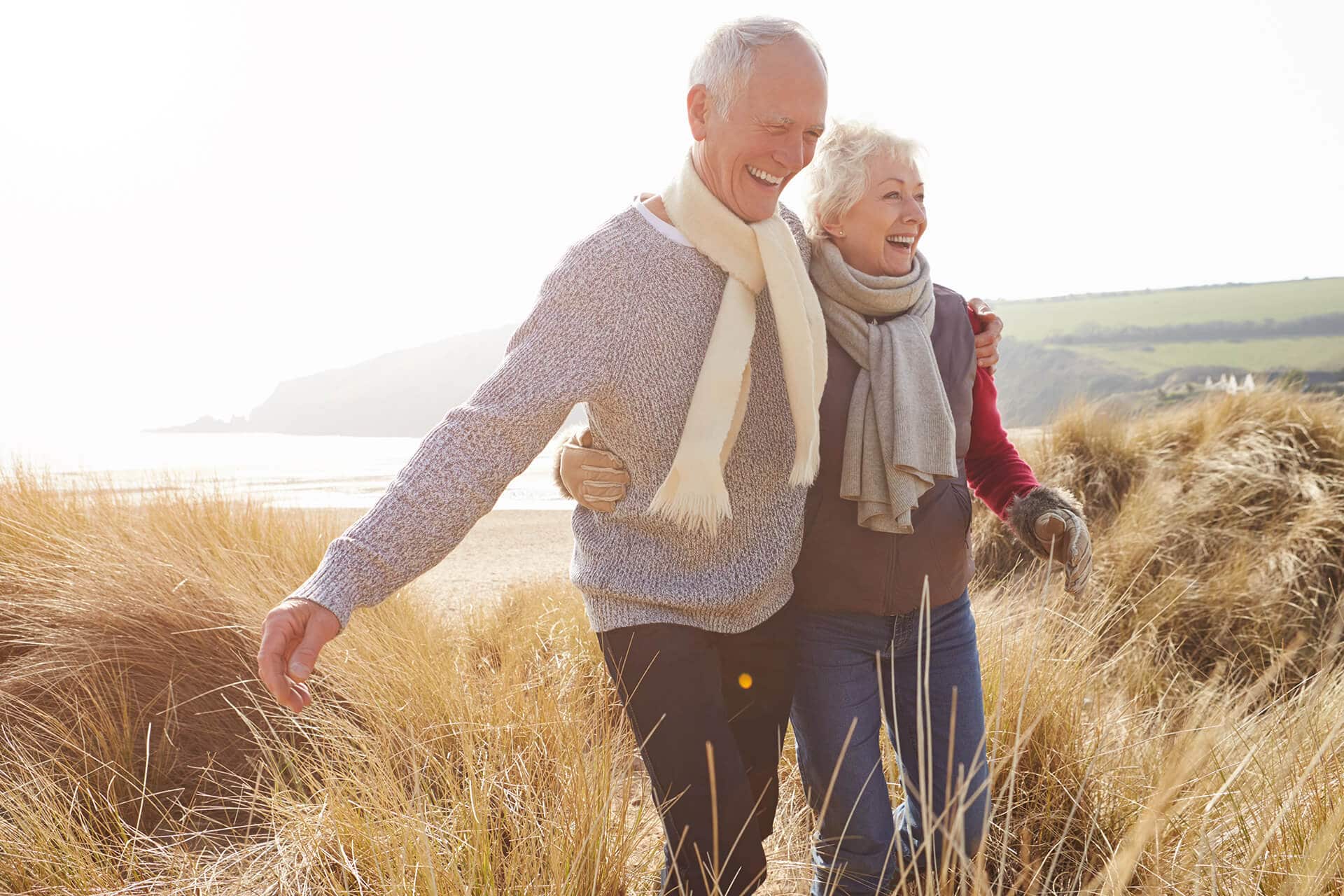 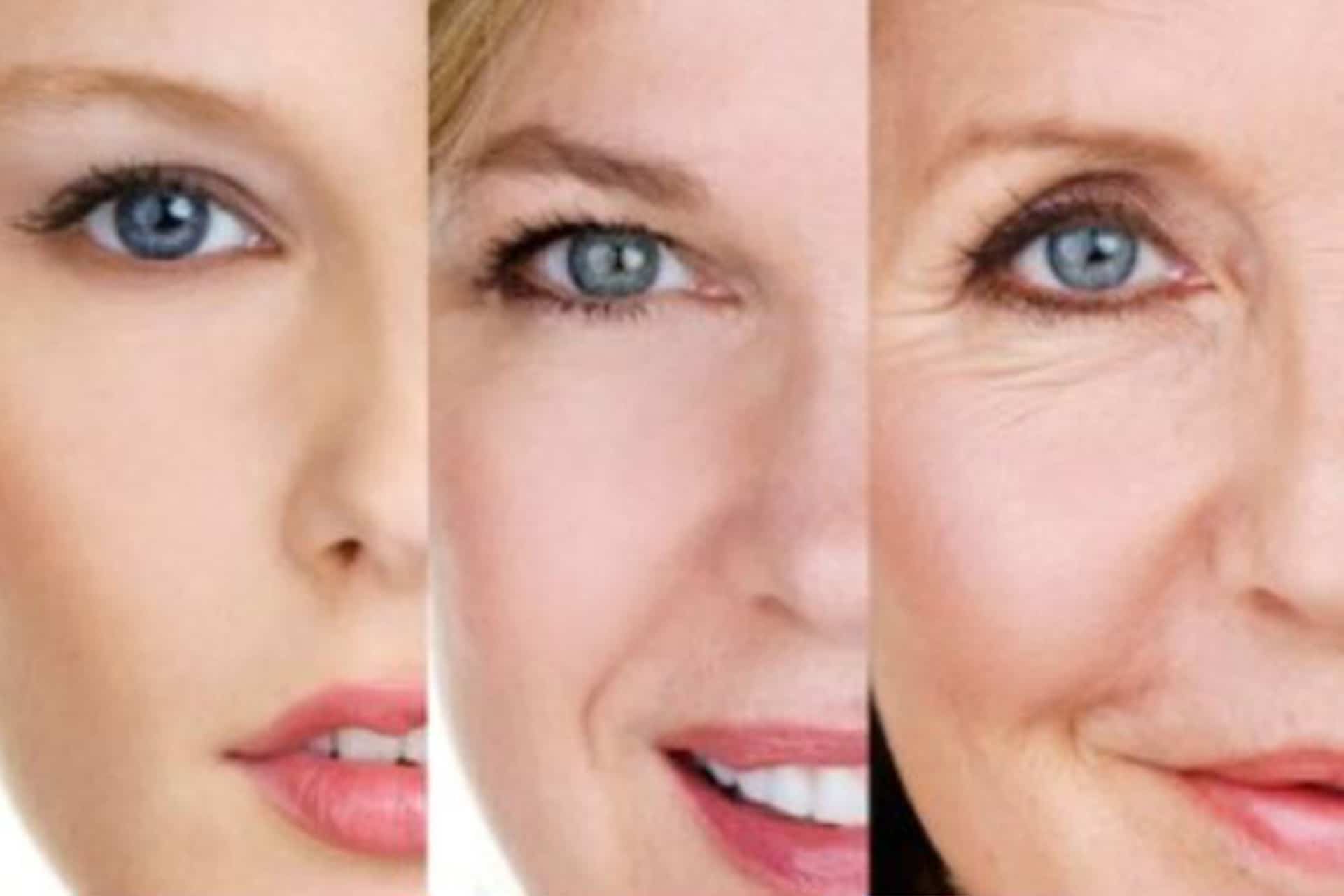 Astragalus root has been used in Chinese medicine for thousands of years for the neurological deficits associated with ageing. This medicinal plant is called Huang Qi in Chinese, which means: Reinforcer of Qi (vital energy). Its extraordinary properties make Astragalus belong to the very closed circle of major adaptogenic plants, favouring the harmony of body and mind.

A truly invigorating source, this rejuvenating plant gives the body all its strength back. It contributes to the proper functioning of the adrenal glands (energy glands of the body), supports the endocrine glands, vitality hormones and all our organs.

But – and this is crucial for anti-ageing – Astragalus supports the activation of telomerase.

To be more precise: if the average telomere length does not increase, the percentage of short telomeres decreases. Knowing that it is first of all necessary to prevent telomeres from shortening below the critical threshold where cell senescence occurs, the power of this Chinese plant is indisputable. Recent studies and clinical trials confirm its stimulant effects as well as its total absence of side effects.

Astragalus root is, surely, the holy grail of human health: the elixir of youth, which keeps our body young and healthy!

“Thanks to advances in medicine and prevention, life expectancy is growing more and more, hence the need for Anti-Ageing Assessments to stay as young and healthy as possible,” says Dr.Dalle. 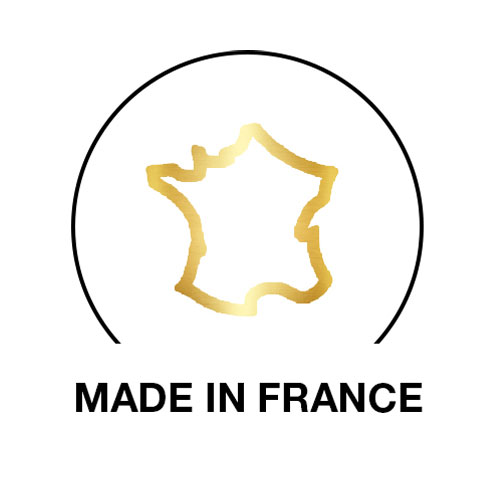 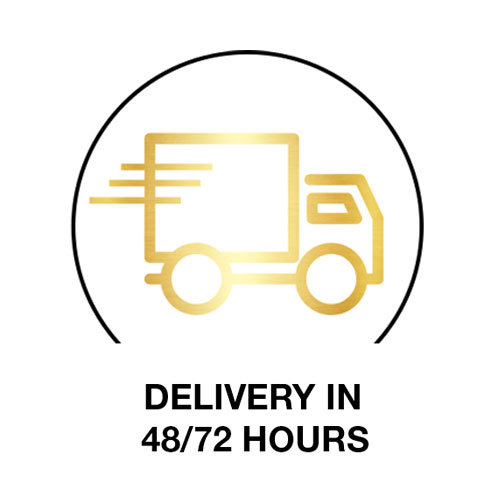 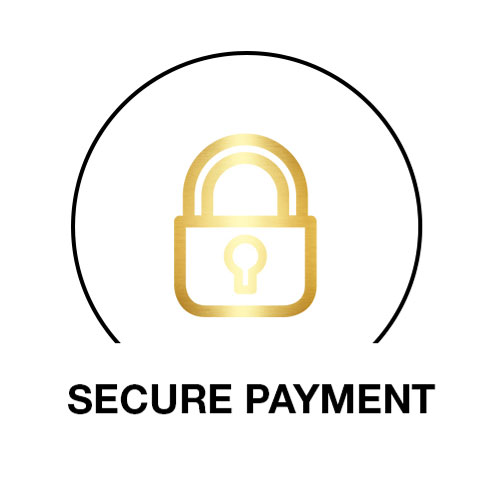 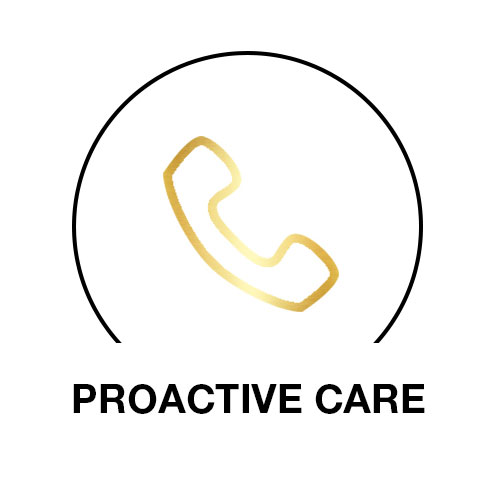 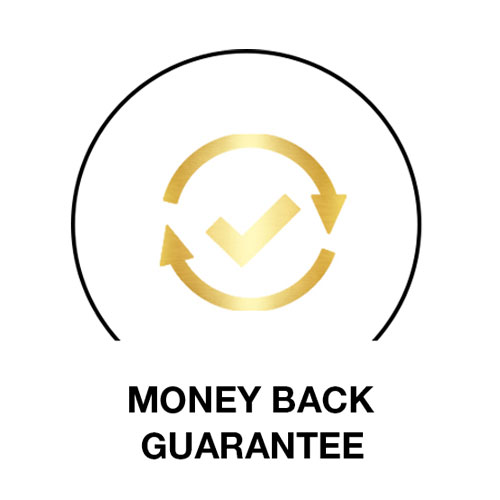 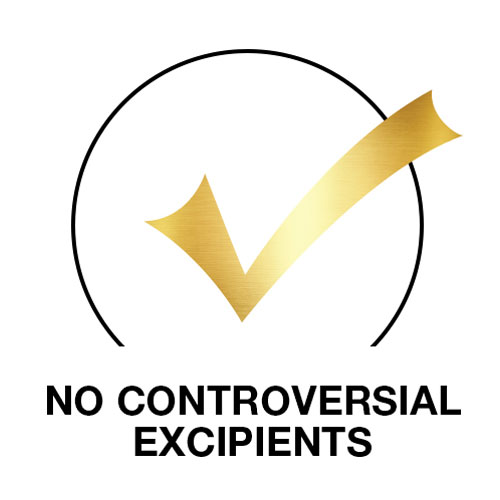 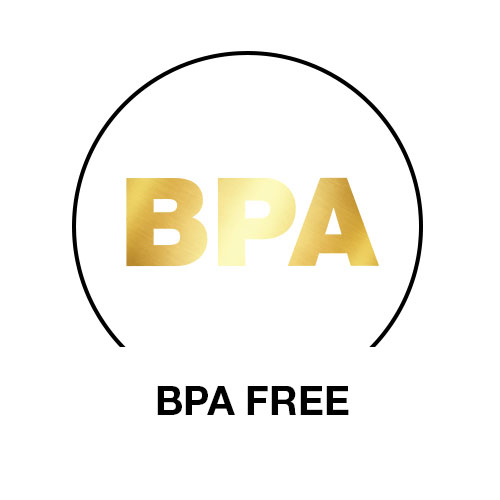 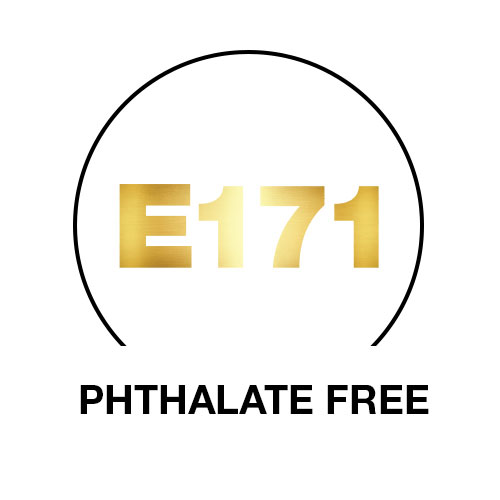 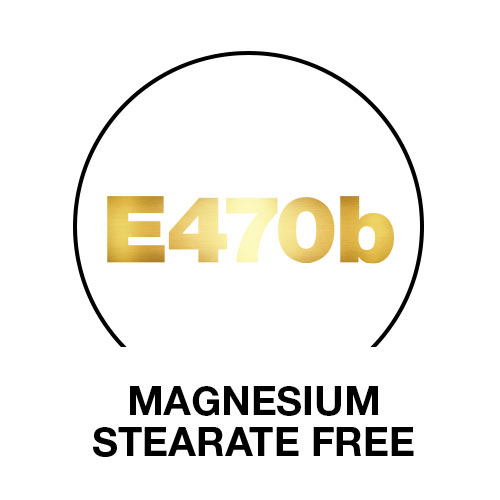 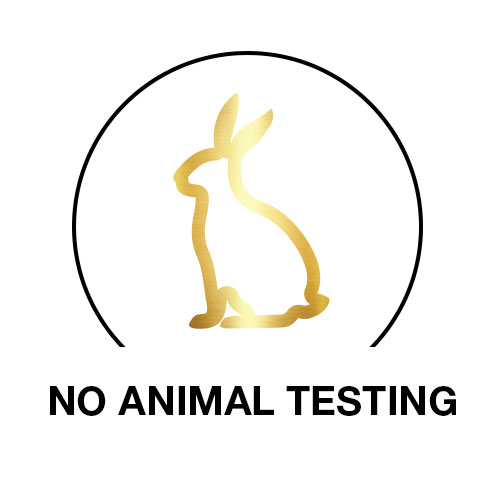 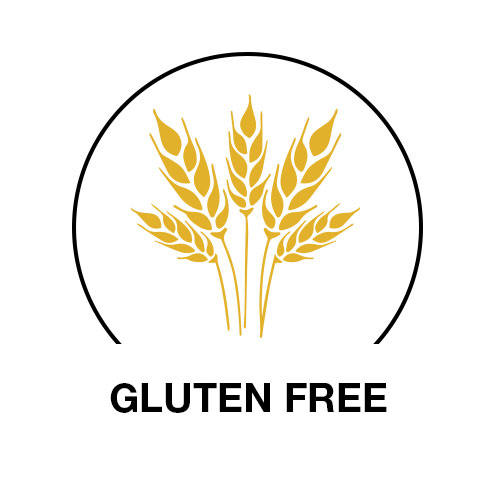 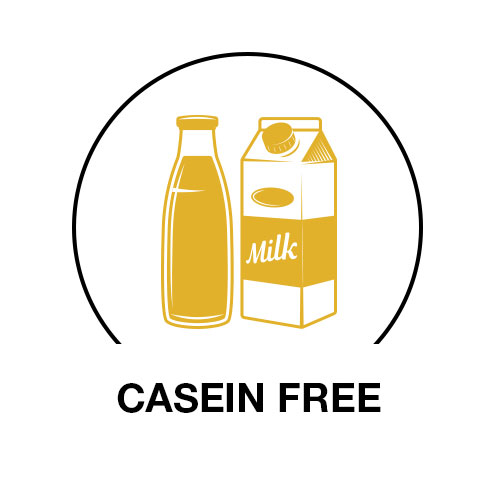 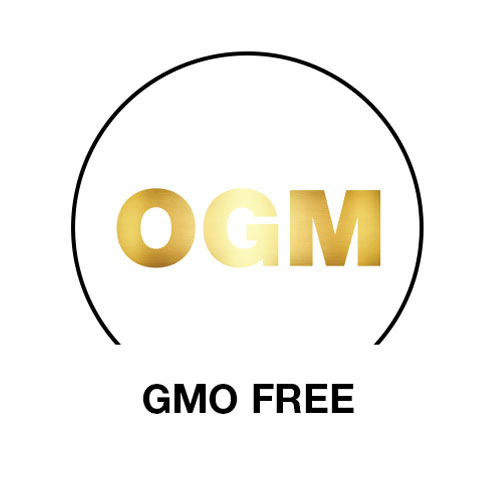 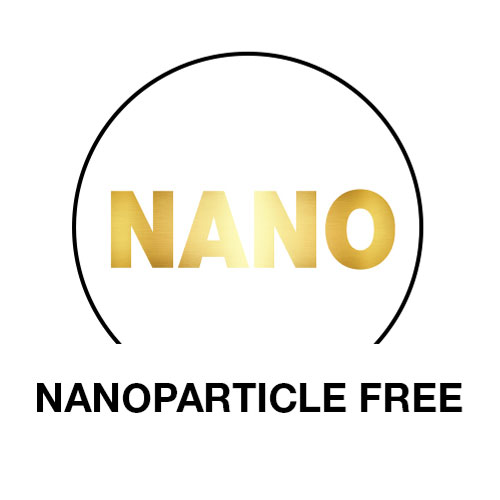